The ‘NOT FOR SALE’ collection

Years ago i decided i would sell a part of my record collection at the time i would get my pension. But the pension is being delayed for at least two years due to new government rules and crisis is hitting hard in europe… So there was a change in plan and most of my records are now for sale at Discogs.

A small part of the records is absolutely “not for sale” It’s my core collection… Records i’ve bought more than thirty years ago and still are being listened to, music i thought i was the only one listening to at the time but now many collectors are willin’ to pay high prices…

So here it is, a list of five. Music I can’t live without. The five I would take with me to desert island, in no particular order:

Robert Wyatt: I love the man, I love his convictions, but above all, I absolutely love his music! He is a warrior of the free mind !
//www.youtube.com/embed/-4AhdWGci3cJohn Martyn: He struggled with alcohol and health and you can hear this in his music. An amazing guitarist with a warm and dark voice. The images are from a trip i made to the Nordkapp and the song is titles “One World”. 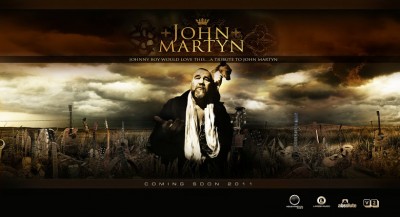 Fela Anikulupo Kuti: A man with a mission. When his band begins the rhythm you instantly become part of his fight against power! I love all his albums for the music and the artwork. Let’s go to WAR with words, music and dance!
//www.youtube.com/embed/h4AA6EuZe-kGong with Daevid Allen and Steve Hillage: It’s time for outer space, let’s go beyond boundaries… If you ever hold an LP album cover of this band in your hands you know what to expect. Let’s explore the unknown, embark the flying teapot and let’s boldly go where no man has gone before…
//www.youtube.com/embed/3UArtHsvL50Grateful Dead: the soundtrack of my life… Sometimes the song last five minutes, the next time the same song last twentyfive minutes. They’re not in it for the money but for the vibe and music! This amazing clip is just a soundcheck. There are no borders, free your mind !!!!


One Reply to “The ‘NOT FOR SALE’ collection”