In the early seventies of the former century i bought a triple vinyl album called “Glastonbury Fayre”. I don’t remember where i bought it and what the price was. I do remember i bought it coz it had my all-time favorite Grateful Dead’s “Dark Star” on side one. The full version of 24 minutes long… This album became the base for listening and collecting other albums by the UK artists on this record. 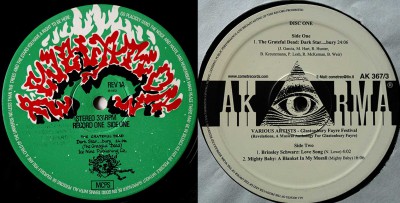 The recordings of most of the acts on this album are actually live recordings made during the 1971 festival but not all… This was the second year of the festival, and the first incarnation of the Pyramid stage. The album was originally made to compensate the costs of the Glastonbury Festival and costed only 3 british pounds, only 5000 copies (!) Price now is much more for both the original release as for the reissue too. There was no monetary profit – it was free. 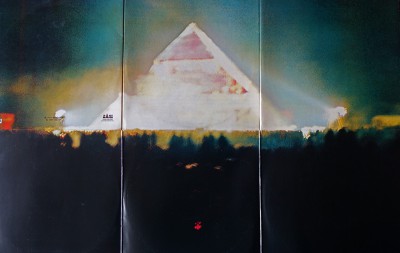 Glastonbury Fayre was held at Worthy Farm, Pilton, near Shepton Mallet, Somerset, from Sunday June 20 to Thursday June 24, encompassing Midsummers Day. It was a fair in the medieval tradition, embodying the legends of the area, with music, dance, poetry, theatre, lights and the opportunity for spontaneous entertainments. 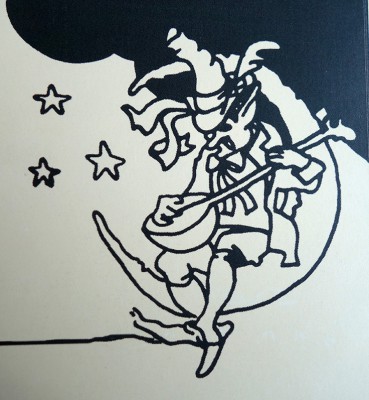 Unfortanately through the years i’ve lost the cover and the several inserts. I used the cover as a poster in my bedroom. It has a giant, blurred picture of a pyramid. In those days i was a dutch DeadHead, a fanatic fan of The Grateful Dead.
I remember there were only two more in the netherlands so i did most of the correspondence and trading of the audio concert tapes (with slow mail!) with English and American Deadheads. What a coincidence when i bought the re-issue of this album on the dutch side Marktplaats and the seller knew me from the old days. He was one of the two dutch deadheads and i even had visit him once in the eighties to talk about the music of the Grateful Dead. 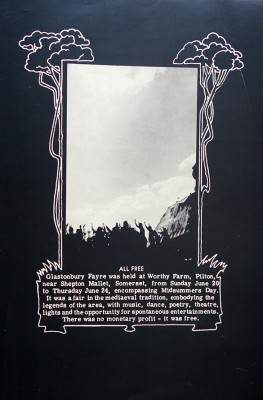 I’ve received the reissue this week and i’m thrilled. This is a fascinating album. Not only because it is a chronicle of the first of the famous Glastonbury festivals, but alsof or the music and the cover art. a DVD of Glastonbury Fayre — The Movie, Peter Neal‘s 87-minute, rarely shown documentary of the 1971 festival was also released. 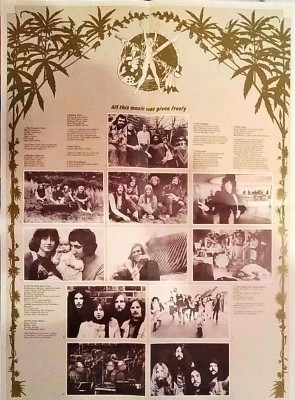 Good quality vinyl, even a bit heavier, good sound quality, and all the extra inserts are included! 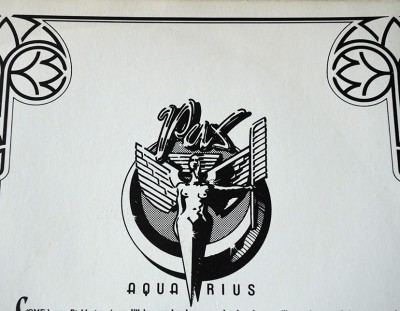 First song to play on the record player is not Dark Star however, but the Out Demons Out of the Edgar Broughton Band. Other gems are the other long and trippy songs of Mighty Baby and Gong but all songs are quit interesting.

Gong – Glad Stoned Buried…The song is getting in the groove when a power fall-out occurs. Daevid Allen explains that the whole set consists of one long song but the music after the fall-out seems much more improvised.

Edgar Broughton Band – Out Demons Out I don’t know if the Broughtons are trying to play against the weather or are they singing against the elite because this was a heck of an anarchistic band !

Mighty Baby – A blanket in my muesli Beautiful english psychedelia

Pete Townshend – Classified This song was later released as a B-Side of a single, recorded at Pete Townshend’s home 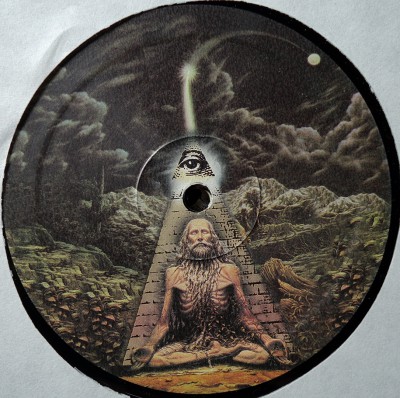 Comes in an amazing 4fold 63,5 x 94,5 cm cardboard poster-cover with all original material as replicas included:

All housed in a custom printed pvc outer sleeve.