A long time ago the great american band Grateful Dead came to Europe and I decided to follow the group throughout Germany and England. This year I got the same kind of feeling when Shawn James and the Shapeshifters decided to come over and do a european tour. Ok, this time i only had a chance to see two gigs, but the feeling was somehow similar. 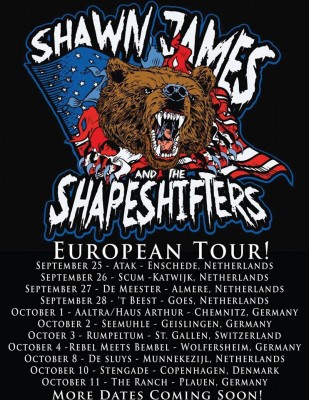 This band plays some freakin’ good music. It’s hard to describe this kind of music. Have you ever heard a violin player do a cover of Iron’s Maiden “Number of the Beast”, have you ever seen a guy playing a mandolin and drinking beer at the same time, and have you ever heard a voice before, that’s a mixture of Johnny Cash, Tom Waits and Edgar Broughton… 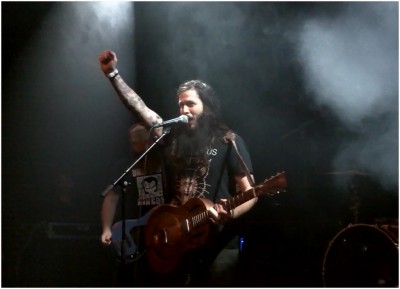 We will not forget these two concerts very soon. The music has a beautiful mix between the heavy songs and ballads, the lyrics are at times very personal and there’s such a strong power in both voice and music. And the extra dimension comes from the frontman’s bond with nature. It’s coming back in the music, the lyrics, the covers, and in the YouTube video’s.

Watch Shawn James and the Shapeshifters on their first european concert in the “Atak” club, Enschede, Netherlands. The sound was recorded with a Zoom Q2 recorder and the video was recorded with a Koday HD Playsport. With this kind of music it’s hard to stand still, so excuses for the shaky images. Click the image below for the video (90 min.) >>> 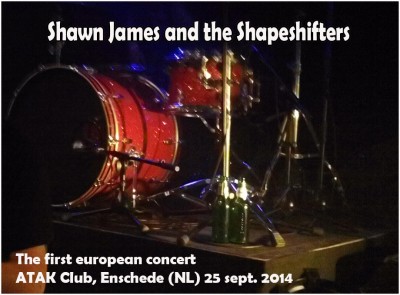