The first science fiction film ever made! Year of production: 1902. So it is a silent movie. I’ve taken the liberty to add the music of the german rock group CAN with the song “Future Days”. 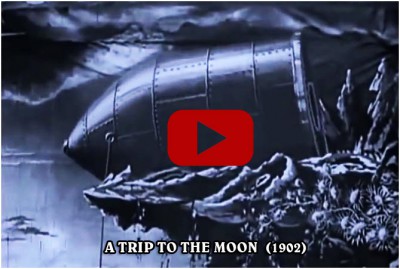 . A Trip to the Moon (Le Voyage dans la Lune) was directed by George Méliès and inspired by Jules Verne. It could very well be that Roger Dean was inspired by this movie… Wikipedia article >>>>